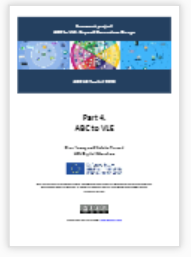 As colleagues from Dublin City University note, “It is clear that academic staff require further support to integrate technology within their teaching and specifically in their VLE and technology-enhanced practice”. The hands-on team-based format of the classic ABC LD workshops is motivating and enjoyable and there is ample evidence of engagement and staff learning as a result. Early evaluation at UCL had shown however where there was a lack of direct follow-up support, participants were often unable fully realise the plans they made during workshops. Direct support by digital education technologists may be hard to scale so is invariably supplemented or replaced by online resources. Universities generally have extensive guidance supporting the tools in the VLE but the link to learning design is not always clear. Although not part of the Base workshop, the ‘Tool Wheel’ (or ‘App Wheel’), where the tools available to teachers – in the VLE and beyond – are mapped to the learning types, has proved a critical part of institutional implementation (see below). 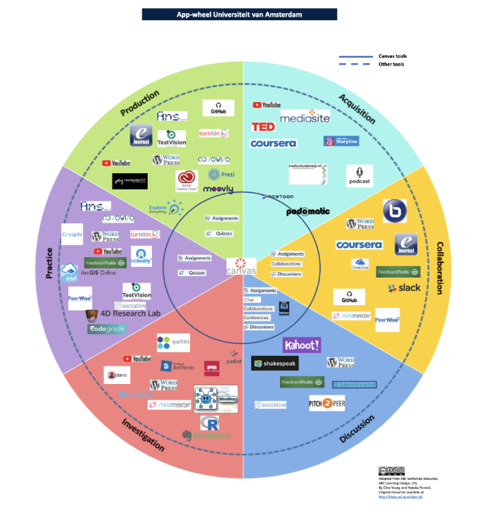 Example Tool Wheel from the University of Amsterdam

The Erasmus+ project explored several different implementations of the Tool Wheel concept. Four approaches were taken. Dublin City University produced an interactive online version using the web-based development environment HP5, Absalon developed a selection tool in WordPress, and UCL developed a worksheet. The deepest integration was from Vives, who had already been using ABC  LD for several years when the project started. The Toolkit provides explanations of, and links to, each if these implementations. The H5P tool includes instructions how to localise the interactive tool to the institutional VLE and other supported tools.

Design to implementation – links to project tools described in this part.

Read more...
You must retain the licensing text, links and logo on all materials and attribute the authors when using or modifying this work, including the authors of any derivatives of this work, such as translations.

Content available within the 'ABC Community' area and on user profiles are regarded as personal user data (e.g. profile photographs and forum message text) and may be only be used with the author's consent. Read the full licensing information.

Do NOT follow this link or you will be banned from the site!